Now that you have your initial pipeline setup, it is time to start integrating security testing. The first stage you'll add is for doing linting of Dockerfiles to help you build best practice Docker images. For linting you'll be leveraging Hadolint, which is a popular open source project for linting Dockerfiles and validating inline bash. The linter parses the Dockerfile into an AST and performs rules on top of the AST. The rules aren't all security specific but they have good coverage across best practices.

For each AWS CodePipeline stage you'll be using AWS CodeBuild, which is a continuous integration service that compiles source code, runs tests, and produces software packages that are ready to deploy. The CodeBuild project for Dockerfile linting has already been created but hasn't been properly configured.

Each CodeBuild project contains a build specification (build spec) file, which is a collection of build commands and related settings, in YAML format, that CodeBuild uses to run a build. This is the file where you define the commands for doing Dockerfile linting using Hadolint.

When using Hadolint you can optionally specify a configuration file to ignore certain rules you might not necessary care about as well as specify trusted registries.

Below is the current architecture of your pipeline. 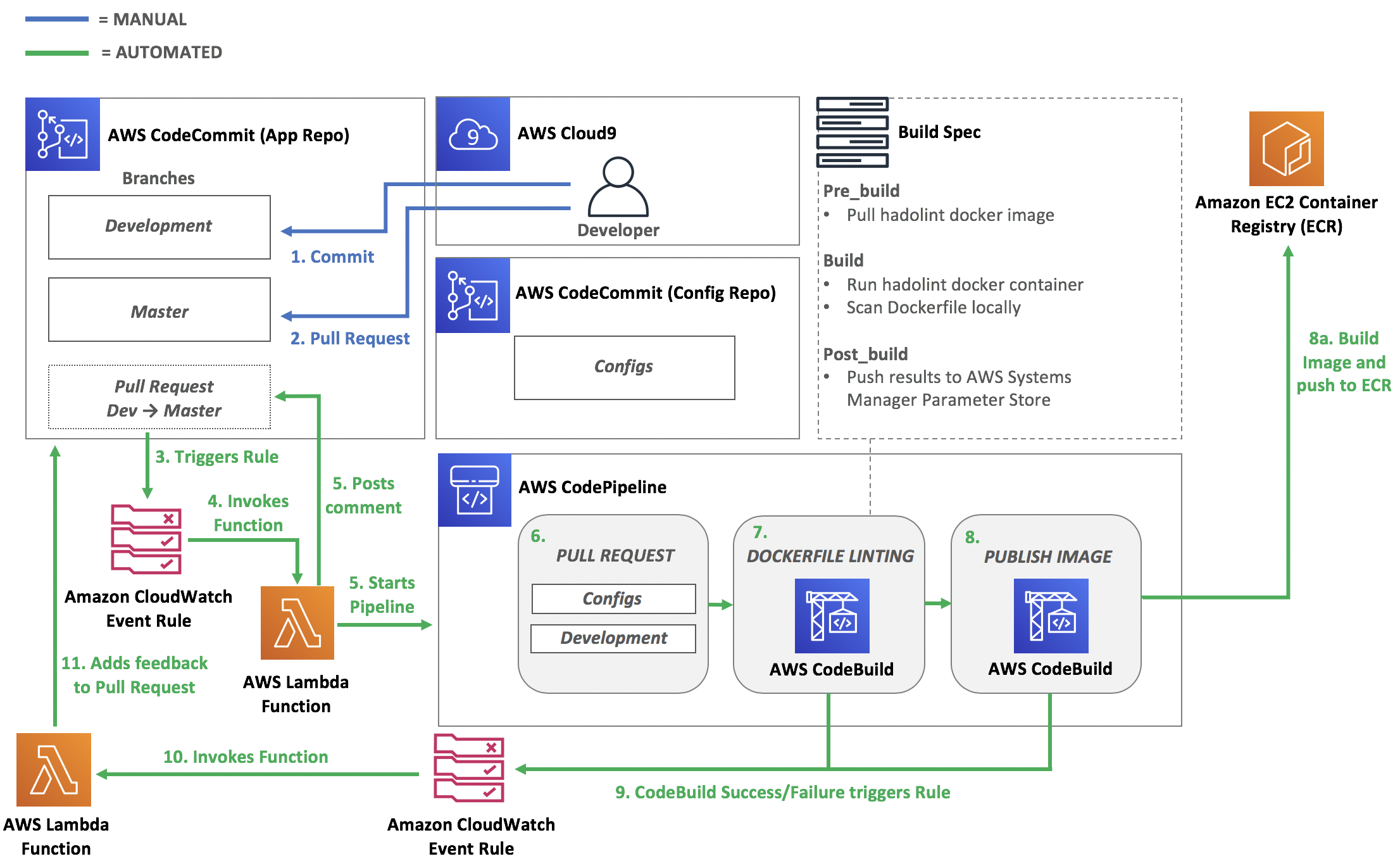 After you have successfully configured the Dockerfile linting stage, you can proceed to the next module.